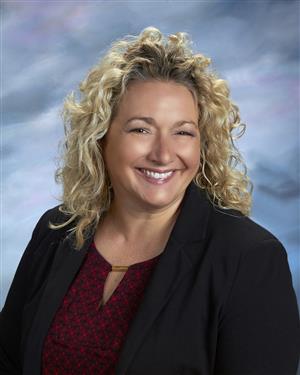 Starting her career at Normandy High School in 2000, Zywiec came back home to Parma Schools in 2016 and has been with the district since.

Prior to her new role, she was an Administrative Intern at both Parma Senior High School and Shiloh Middle School during the 2016-17 school year. Then she became the Assistant Principal for eight and ninth grade at Parma High in the fall of 2017.

“I really love this school and I feel like I belong here,” Zywiec expressed. “I knew I had to take advantage of the opportunity and I knew I would probably never have the chance to be in a building as principal already knowing the staff, the students and the community. I needed to seize the moment.”

Zywiec graduated from North Olmsted High School and continued her education at Cleveland State University, earning her bachelor’s degree in special education and her master’s degree in administration.

For almost 20 years, she has spent her entire career teaching, coaching and leading at the high school level. Zywiec taught special education at Normandy, Cuyahoga Heights High School and Twinsburg High School, as well as coached girls volleyball and softball.

Zywiec said the theme for the year that Parma High Administration wants students and staff to embrace is “be the change.”

“We want to encourage students to make positive changes whether it is in their own life, someone else’s life or throughout the school,” she shared. “So far, it has been a very good start to the school year.”

In addition, she is looking forward to working with students and staff and watching their growth.

“I want Parma Senior High School to be a place that people want to be, a home away from home,” Zywiec described. “I would like to increase moral and build collective efficacy in the building. I want to promote the positive that happens here.”

To accentuate the positive things happening at Parma Senior High, the school will be increasing communication with parents, students and the community.

PHS has been using twitter more, @PCSDParmaSenior, and recently started an Instagram account, @pshredmen, to show what’s happening at the building. Zywiec said this year she will be starting a newsletter to keep parents up to date and in the loop.

Furthermore, to go along with the district goal of increasing student achievement, Zywiec would like to see more students get involved in their school.

“It has been shown that when students get involved, it helps with their achievement,” she explained. “They also learn those awesome skills of time management, working as a team, and communicating with other people.”

This school year, Parma Senior High welcomed two new faces to the administration, with Paul Gerycz as Assistant Principal and Maria Gingo as Dean of Students.

“I’m happy to have our new additions with Maria and Paul, and it has also helped me to have our consistency with Kennie Searight and Stephanie Nicola,” Zywiec added. “I am surrounded by a very supportive team and supportive staff.”