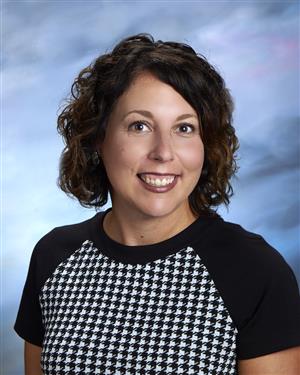 Tiffany Stropko hasn’t turned down too many challenges over the last 18 years working in the Parma City School District (PCSD).

In August, Stropko possibly began her biggest and most challenging role yet, as the new Assistant Superintendent for Curriculum and Instruction.

Stropko’s experiences and understanding of the district go back to her school days. Stropko was first a student in the PCSD, at Greenbriar Middle School and then at Valley Forge High School, graduating in 1997. After graduating from Kent State University with a degree in Secondary Education, Stropko returned to the PCSD in 2002, beginning her career as a Family and Consumer Science teacher at Normandy High School.

“At the time, it was a program that really didn’t have a whole lot of enrollment,” Stropko expressed. “I had to revamp the curriculum and we increased enrollment the following year to where we had two teachers. I was there for three years.”

She later served as the Administrative Intern at Normandy, followed by a six-year stint as the Assistant Principal of Valley Forge High School. In 2012, she was named the Principal at Hillside Middle School and then, in 2015, accepted the position as Principal at Pleasant Valley Elementary School.

After effectively serving as an educator and administrator at the elementary and secondary levels, Stropko accepted another position in 2017, this time as the Assistant Director of Human Resources.

“I had the experience at all three levels, and they had a need for a strong leader in that department, so I decided to take on the challenge,” Stropko said. “That position taught me how to respect and build relationships with not only our PEA (Parma Education Association) union, but also, OAPSE (Ohio Association of Professional School Employees). It’s probably one of the biggest highlights of my career.”

Throughout her career, Stropko invested time in continuing her own education, earning a Master’s degree in School Leadership from Baldwin-Wallace University in 2004 and her Administrative License in 2005. She is currently enrolled in the doctoral program at Concordia University, expecting to achieve that milestone in 2020.

In her new role as Assistant Superintendent for Curriculum and Instruction, Stropko intends to better clarify and communicate educational initiatives and expectations throughout the PCSD.

Besides overseeing all district curricular matters, Stropko will work closely with secondary principals to provide more regular leadership resources. She will also oversee the Office of Exceptional Students and the Office of Strategic Initiatives, both of which were restructured this past summer.

“I will be working with the director (Strategic Initiatives) to have that vision of where I want to take the district, but then also getting some creative funding which will be outside of the general fund,” Stropko said. “That’s probably one of the most exciting parts of my job, because I know the programs that we need, and that we want, by being at all three levels...we want to have folks who are dedicated to making sure those programs are not only successful, but sustainable.”

In the end, this local product of the PCSD is as excited as ever for what the future holds for students, staff and the three communities.

“Honestly what excites me about the Parma City Schools is the teachers and the support staff that we have,” Stropko confessed. “We have some of the best educators and support staff. People that impacted me as a student to be an educator, and they also continue to impact kids each and every day.”

PHOTO CAPTION:  Tiffany Stropko, class of 1997 at Valley Forge, was named Assistant Superintendent for Curriculum and Instruction in August. Stropko has worked throughout the PCSD for the last 18 years.